President Trump’s proposed 2018 budget, unveiled Tuesday, may not win approval in its current form, but it will influence budget conversations moving forward. Accordingly, it’s important to consider how it would affect the veterinary profession. The AVMA examined the impact the proposal would have on key programs affecting veterinary medicine, and will fight vigorously to protect veterinary interests as the budget process moves forward.

In keeping with his campaign promise to reduce federal spending, President Trump’s budget proposes a $42 billion cut to non-defense discretionary spending while increasing discretionary defense spending by $27 billion. Included in the cuts are $4.8 billion in funding for the U.S. Department of Agriculture (USDA), which would see its total budget drop to $21 billion in fiscal year 2018:

Additional details of the proposed USDA budget can be found on the USDA website.

Another big change would be the establishment of a user fee to cover all domestic inspection and import re-inspection, and most of the central operations costs for meat, poultry and egg inspection programs. Total collections are estimated to be $5.9 billion over 10 years. Additionally, user fees would be instituted for animal welfare ($9 million) requirements, and to offset the cost of biotechnology ($4 million) and veterinary biologic ($7 million) regulation. These fees could result in producers being less able to afford veterinary services.

The president’s budget also would impact student loan debt for veterinarians by significantly reducing funding for federal student aid beginning on July 1, 2018. Subsidized student loans would be eliminated for undergraduates, mirroring what already happened to graduate and professional students in 2012. The proposal would replace the five current income-driven repayment (IDR) plans, which help students manage their debt, with one new plan. The new plan – which would be the only income-driven repayment plan available for borrowers who originate their first student loan on or after July 1, 2018 – would cap payments at 12.5 percent of discretionary monthly income and limit loan payments to 30 years for borrowers with graduate debt. Remaining amounts owed after these repayment periods would be forgiven. The president’s proposal also would eliminate the Public Service Loan Forgiveness program.

Additionally, the National Institutes of Health would see its budget cut by $7.16 billion, with anticipated impacts on biomedical research.

Release of the president’s budget proposal is the opening round in budget negotiations, which means that many parties will have a chance to influence the final decision. The AVMA will advocate aggressively throughout the budget process to protect programs important to veterinary medicine.

Your voice can make a difference, too. We encourage you to visit our Congressional Advocacy Network to send a quick, pre-written letter to your representatives to support funding for vital programs like the Veterinary Medicine Loan Repayment Program. Your input can help move the needle on these important budget decisions.

As the national association representing all veterinarians, the AVMA is made stronger through the combined efforts of our diverse members. We encourage you also to explore the many other ways you can get involved in AVMA’s federal advocacy efforts to protect, promote and advance the work of veterinarians.

Can You Get COVID-19 from Pets? Experts Aren’t Sure 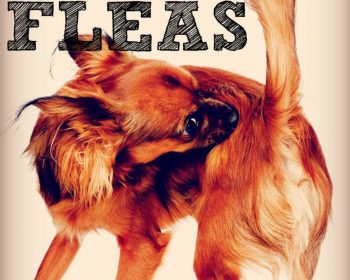